Solgeo offers to its customers the service of geophysical surveys in boreholes, thanks to geophysical tests of cross-hole seismic, down-hole seismic, inclinometer measurements and ultrasonic logs. We are able to determine the characteristics of the subsoil and the verification of dams, concrete structures, three-dimensional analysis of drilling, verification of cementing in boreholes by coring and much more.

Borehole surveys
The geophysical surveys in borehole are a specialty of Solgeo, due to years of experience in this field.
Solgeo has its own production of instruments for borehole surveys, as well as a team of experts at the disposal of the client.
Seismic cross hole
The cross-hole geophysical tests consist in a series of measurements between two or more drillings, along horizontal trajectories at various depths, of the propagation times of longitudinal elastic waves (p waves) and transverse waves (s waves).

Once the arrival times of seismic waves have been defined and the distance between the transmitter and receiver boreholes, obtained by inclinometer survey with , probe, is known, the velocities of longitudinal (Vp) and transverse (Vs) waves are calculated.

The results are represented in the form of velocity diagrams as a function of depth. From the velocities Vp and V it is possible to calculate parameters such as the poisson's ratio and the dynamic elastic moduli Ed and Gd (elastic modulus and shear modulus).
This type of investigation also lends itself to elaboration through particular acquisition configurations on site and, with appropriate specific software, including aTom, to 2D tomographic processing.
Application
Insight
Set
Cross hole
Learn more 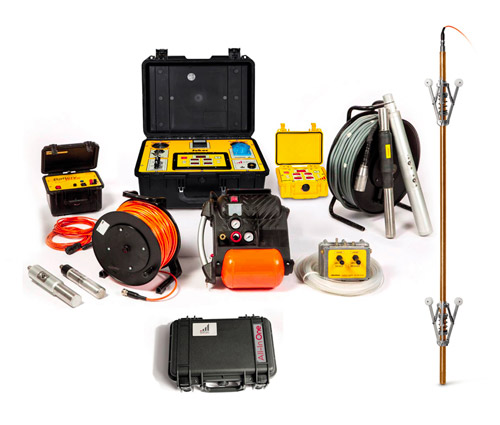 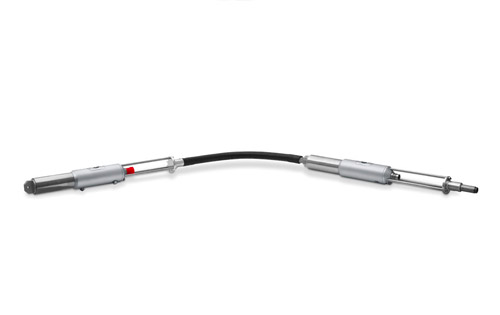 Seismic down hole
The down-hole technique is used to determine the propagation velocities of P-waves and S-waves in materials traversed by a single survey hole.

The surveys consist of measuring the path times that elastic waves (P and S), generated at a point on the surface near the borehole, take to reach one or more geophones, , placed in the borehole at different depths.
The velocities relative to a measurement interval placed at different depths are calculated as the ratio of path differences to recorded time differences, i.e., as the local slope of the dromochrone time-distances.
Inclinometer measurements
The inclinometer measurements are performed using the probe .
The probe allows a three-dimensional survey of the course of the perforation, carrying out simultaneously a survey of inclination and orientation with respect to the magnetic North (azimuth).
This system allows you to perform measurements in holes having any direction in space.
The probe contains a magnetometric backhoe and an accelerometric backhoe.
In the case of holes lined with iron (or magnetic materials) is usually used a support system and pointing made with guide rods that allows you to keep the probe oriented in a known direction.

For the acquisition and visualization of inclinometer data, as well as for the return of reports, is used the proprietary software SolClino.
Application
Insight
Inclis 30
Deviation Probe
Learn more 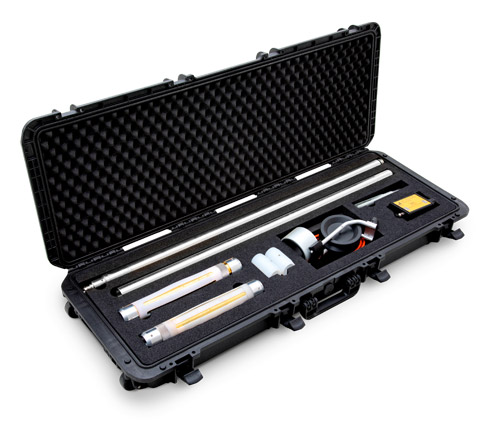 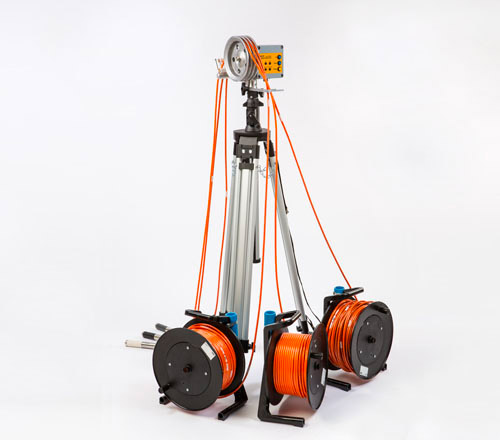 Ultrasonic cross hole
The control of concrete foundation structures with the ultrasonic method consists in generating an ultrasonic pulse and receiving it at a certain known distance.
In the ultrasonic testing of foundation works Solgeo performs its activities in accordance with ASTM D6760-02 standard, commonly adopted in the international field. The ultrasonic cross-hole method is among the most complete and accurate.
This method allows to highlight, through anomalies in the transmission of the ultrasonic signal, the presence of any defects, even small ones, along foundation piles or diaphragms.
The acquired signals contribute to the realization of the diagraphy, that is a representation of the signal as a function of depth.

The high power and sensitivity of the probes used by Solgeo, through the instrumentation , allows it to carry out the tests even with distances between the measuring tubes up to 3 meters. The receiver is of the active type, meaning that the pre-amplification electronics are inside the transducer. This solution allows you to work with connection cables of considerable length (over 100 m).
Measurements are performed in pseudo-continuous mode thanks to an Encoder device that controls the generation of the ultrasonic pulse.
Ultrasonic log
For ultrasonic coring surveys a Solgeo manufactured probe is used which is lowered inside the hole and during its ascent, by means of a motor winch, performs a pseudo continuous scan along the perforation.

With the ultrasonic log survey (sonic log) the velocity and mode of propagation of elastic waves in the material (e.g. concrete) are detected in the immediate vicinity of a perforation.
The signals acquired are represented in the form of in which the abscissas indicate the time and the ordinates the depth.
Application
Example
Diagraphy